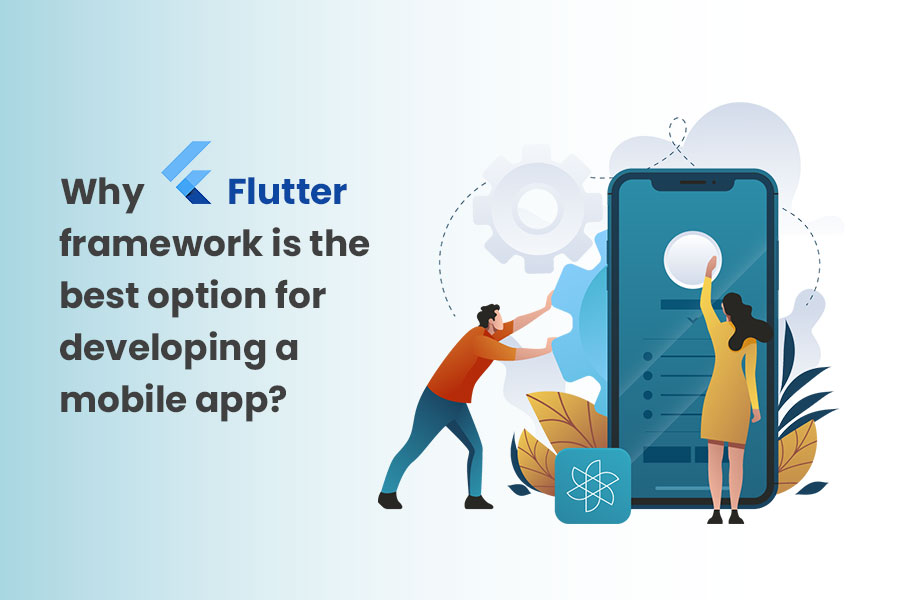 As mobile app development is evolving at a rapid speed, so are the software development kits and frameworks. While Facebook's React Native has been a huge hit and revolutionized how mobile apps are made, the Flutter framework is going to give it a run for its money.

Let's look at what flutter is?

Flutter is a mobile app SDK that was developed by Google. If you are reading this, you might know that it is an emerging platform that has found a place in the hearts of mobile app developers today. With its complete set of tools and resources, the Flutter framework helps your mobile app development faster, smarter, and simpler.

In a professional tone: Flutter is Google’s UI toolkit for creating beautiful, natively compiled applications for mobile, web, and desktop from a single codebase.

Some of the technical benefits of using Flutter are:

Flutter uses Dart as its programming language which makes it easier for developers to learn as it is easy to understand and gives them an option to use all features of object-oriented programming languages like inheritance, interfaces, mixins, and abstract classes.

Flutter framework speeds up the mobile application development process by eliminating the need for a separate compiling. The Flutter’s hot reload works extensively in saving developers time. With hot reloading, developers can make changes to the code and see it on the screen instantly.

One of the significant benefits of Flutter app development is that it allows mobile app developers to use a single codebase for developing apps for both Android and iOS. This feature helps in saving time and resources as you can run the same code on multiple platforms. Besides, this single codebase helps in reducing errors and bugs, thus improving the overall app stability.

When compared to native languages like Java or Kotlin, the speed at which Flutter compiles an app is much faster. This means that developers do not have to wait for long hours before they can test their changes in an app.

Flutter app development comes with a rich collection of widgets that can be used to build modern UIs. These include Material Design and Cupertino (iOS) widgets, which are used on iOS and Android respectively. These widgets allow developers to create stunning animations and transitions without writing any additional code.

So, there is no doubt that Google Flutter is a revolutionary platform; it is the only mobile app development framework that dominates both Android and iOS apps. With this, you can use a single code base to run your app on the most popular operating systems. In the end, if you are looking for a platform that works well and creates an outstanding UI experience for your users and clients, Flutter app development should be your choice.

For those who are looking for a cross-platform framework to develop mobile apps, Flutter is worth giving a shot.

Contact Digittrix Infotech, and let’s talk about how we can assist you, or check out our menu for more details. 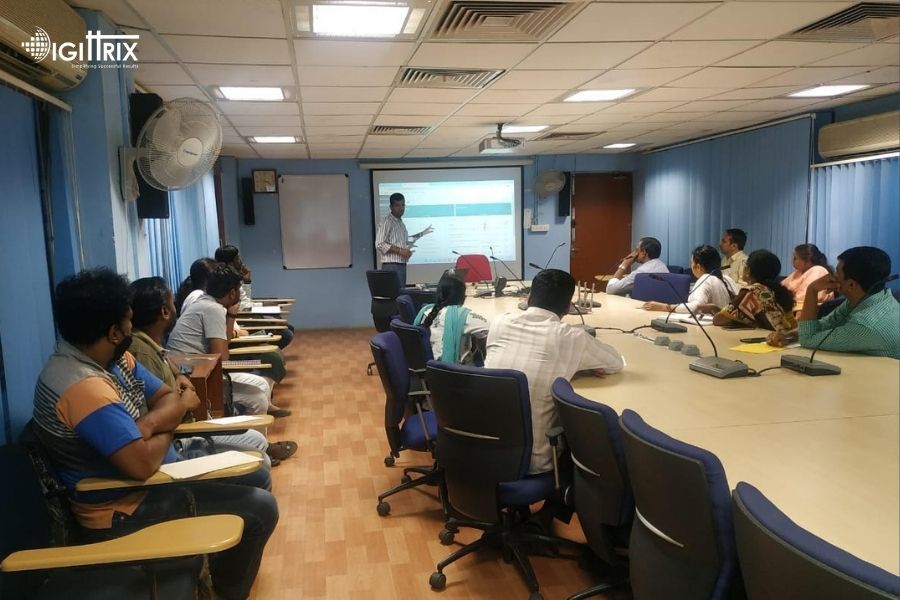 Digittrix Visit to The Central Institute of Indian Languages, Mysore 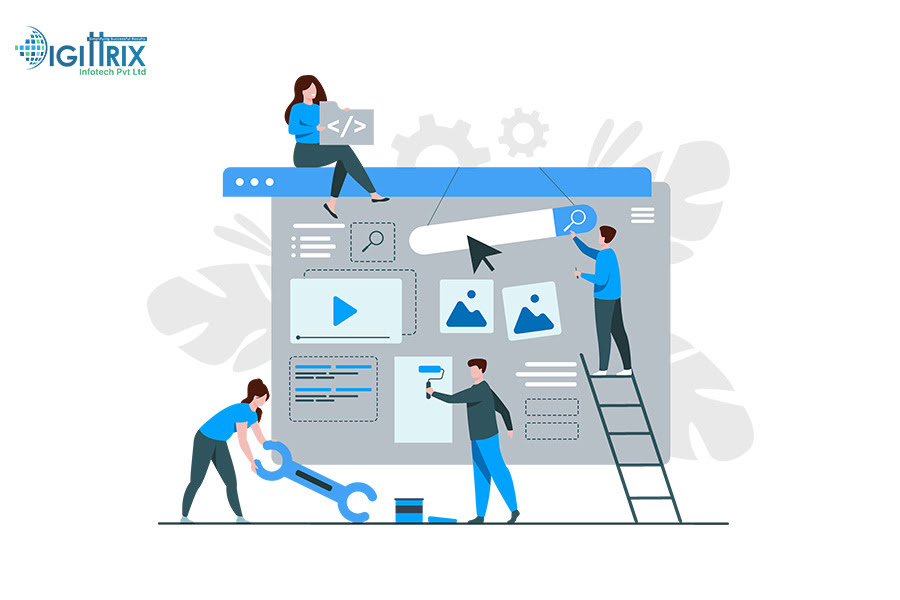 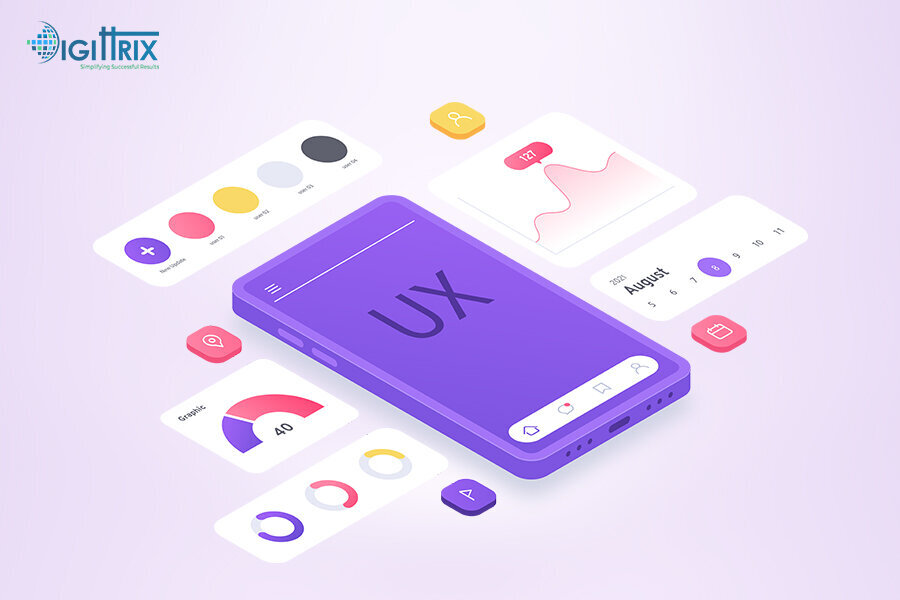 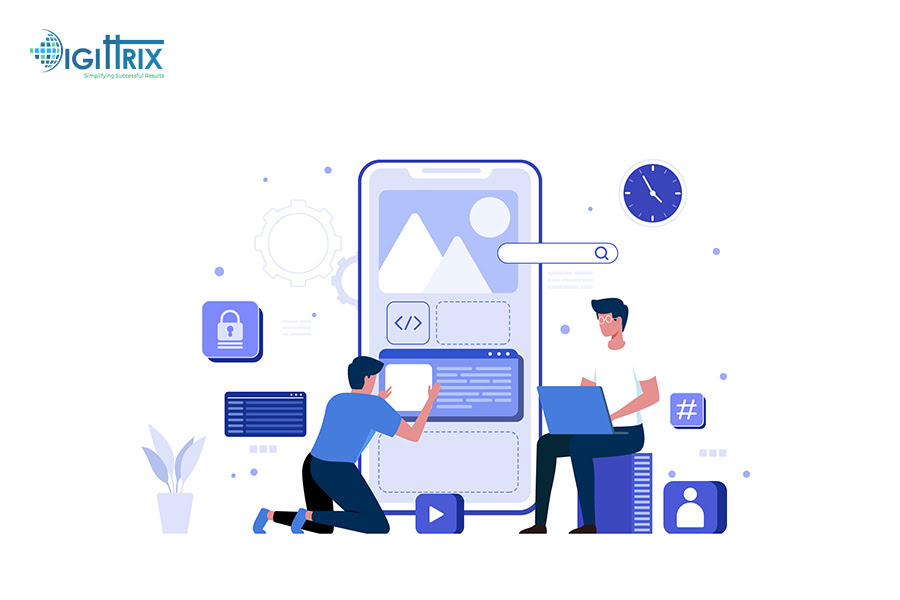 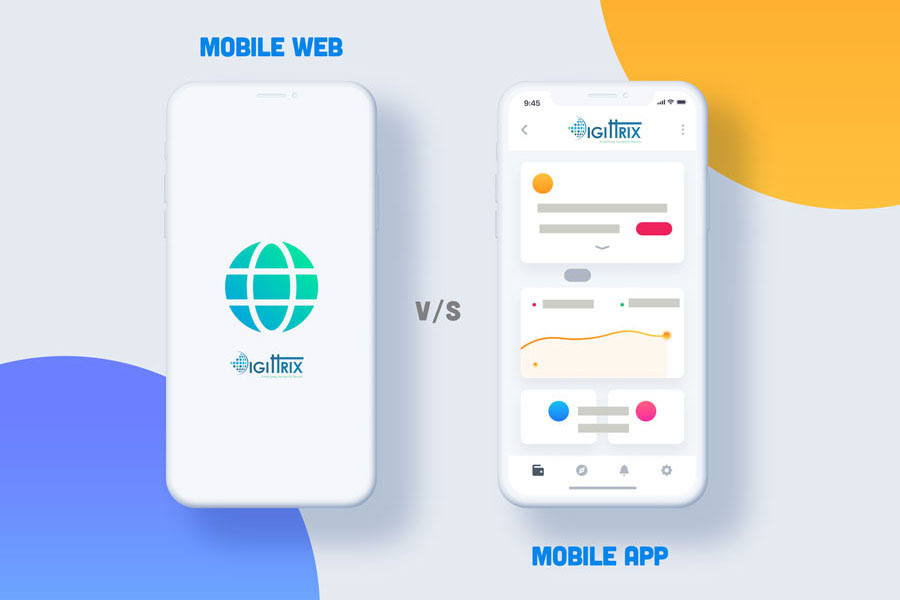 A mobile app or a mobile website, Which is better?

As mobile app development is evolving at a rapid speed, so are the software development kits and frameworks. While Facebook's React Native has been a huge hit and revolutionized how mobile apps are made, the Flutter framework is going to give it a run for its money.

Digittrix Visit to The Central Institute of Indian Languages, Mysore

We'd like to thank The Central Institute of Indian Languages for believing in us and allowing us to be a part of this incredible project. We can work on more projects and benefit from the expertise we've gained as a result of this collaboration.

The internet has a far greater reach than any other form of advertising. Web development will serve as the focal point of the company's online presence. And good business owner understands the value of having a web presence. But it's surprising to think that many organizations today, particularly small businesses, still choose not to invest some time and resources in developing their website

A poorly designed app might have low ratings and reviews, while a well-designed one could have 5 stars. But what makes an app successful? What can designers do to make sure they're creating something that will be used?

It's no secret that an increasing number of businesses are choosing to develop their mobile apps for a more customized experience. After all, consumers are spending more and more time on their smartphones and tablets, so it only makes sense for companies to reach out to them in this way.

A mobile app or a mobile website, Which is better?

Nearby  6 billion individuals around the world actively use the Internet service, representing approximately 70% of the entire world population. Businesses are growing more conscious of the need of implementing a mobile strategy. 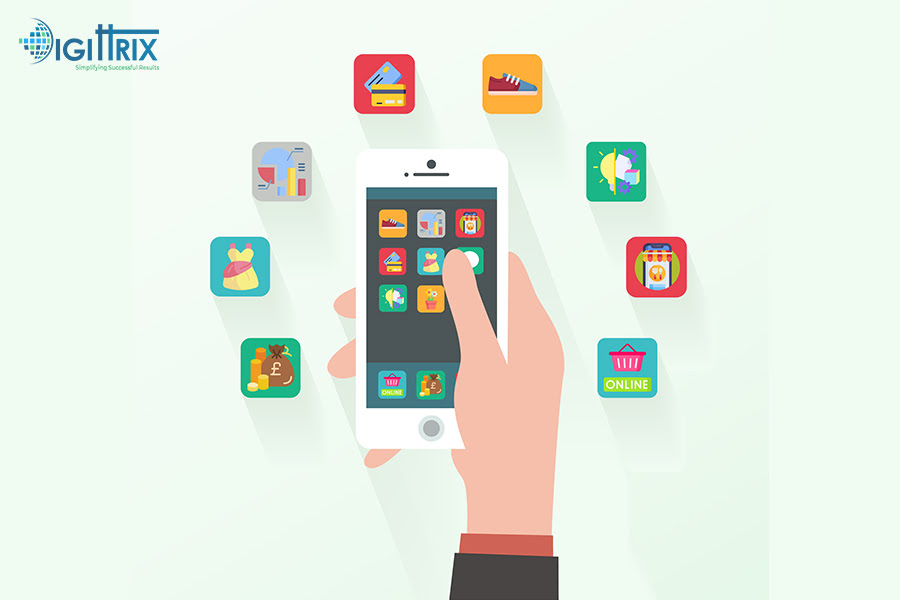 Do Custom-Focused Mobile Apps Perform Better In The Industry?

Customer focus is the foundation for customer loyalty because it's your promise to your customers that you’ll put them first.  Mobile applications are playing a paramount part in the current digital world. As a result, mobile app design and development processes also developed with time. 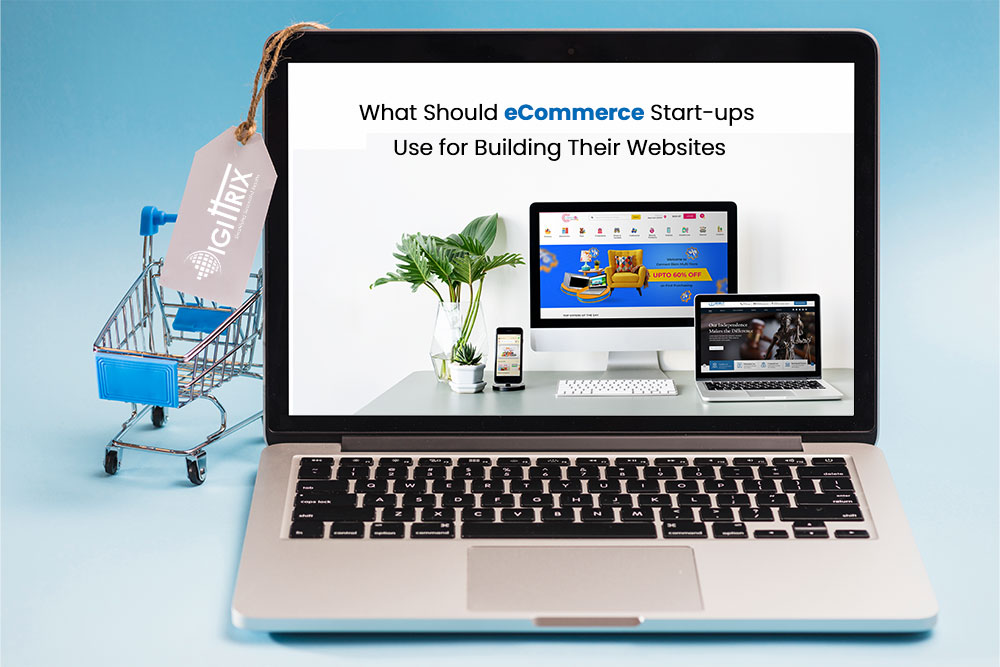 What Should eCommerce Start-ups Use for Building Their Websites

Many people aspire to be innovators and business owners, but before the internet, setting up a business was indeed a challenging task. Anyone with ample time and determination can now create an eCommerce platform and distribute things online. It takes a lot of effort to start a website of any kind. 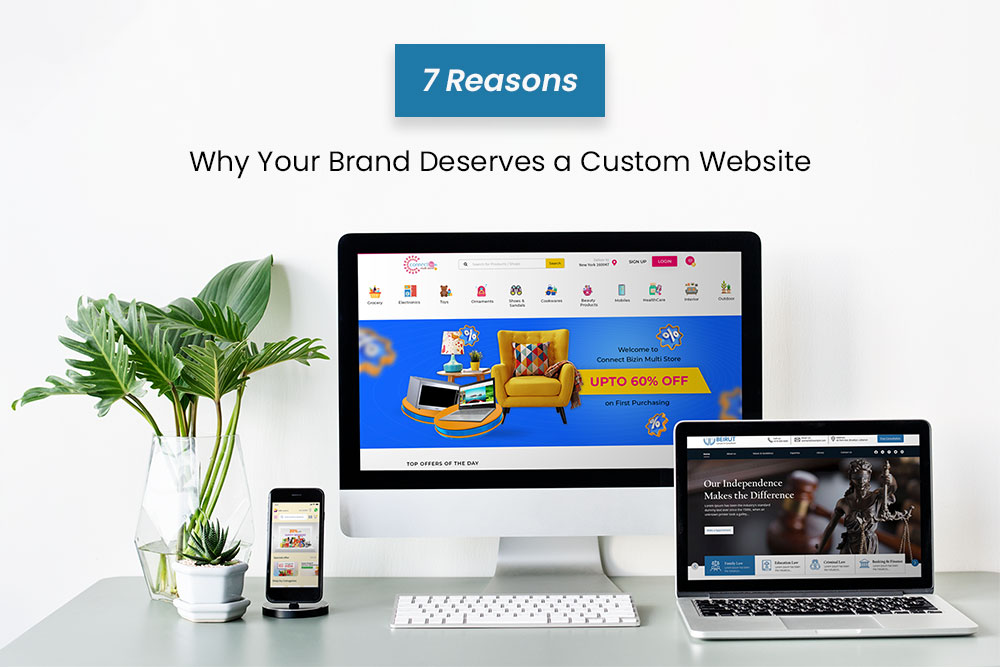 The majority of us use the web on a regular basis. We have used it to obtain advice, learn new things, sell or buy goods and services, interact with others, socialize, and for entertainment, among other things. 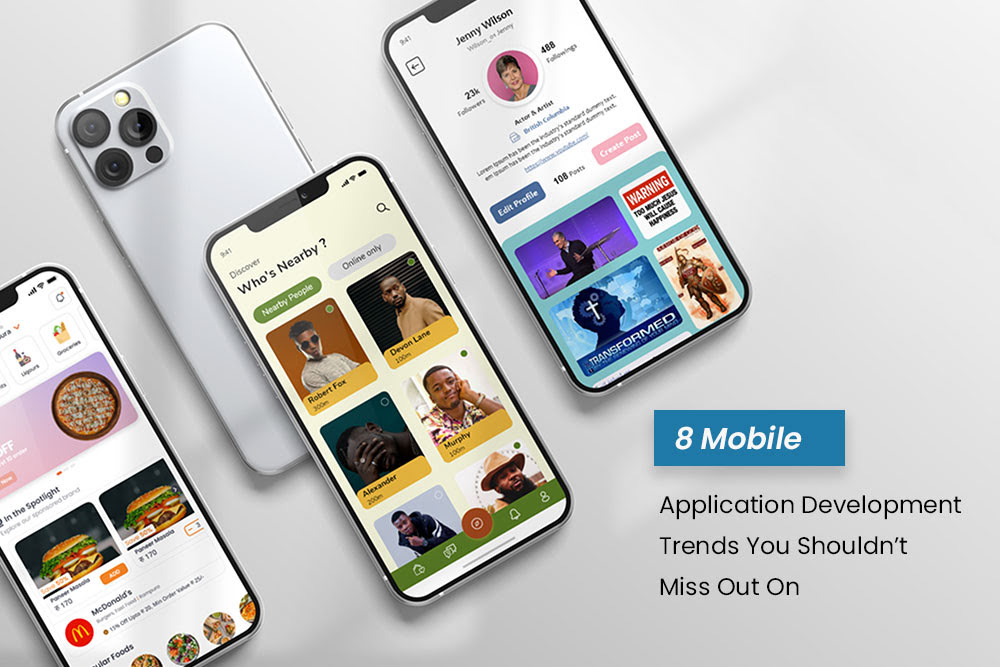 8 Mobile Application Development Trends You Shouldn’t Miss Out On

Mobile application trends are influenced by a variety of variables, including technological developments, customer expectations, and a variety of other considerations. Keeping up with the newest trends is, without a doubt, the most important component of success in this field. To effectively serve their clients, smartphone app resellers ought to stay up with the emerging developments. Media companies and producers who want to take their business to new heights with custom mobile app development are on the same boat.